How to Make Magic Happen (at Camp & in Life)

Maybe it's the "Luck of the Irish" that inspried me today, but I've been thinking a lot about MAGIC.

St. Patrick's Day was always a favorite holiday of mine growing up. Mostly because there were silly, fun traditions attached to it. My best friends' Mom was Irish, so we always went BIG for the holiday. We'd go out for a traditional Irish dinner, Irish dancing- the works.

But nothing made a more lasting impression than the year we discovered Leprochauns were real. We were 11.

That St. Patrick's Day, Amy and I had woken up and were getting into our normal silly shenenanigans- making up skits and dances, planning meals that her mom would cook & we'd create menus for.. kid stuff.

We were playing in the living room, when suddenly we spotted something strange in the fireplace. It was shiny and there was a lot of it....Confetti? Sparkles? Why was there confetti in the fireplace?Naturally, we were intrigued. So we started investigating. Her parents "hadn't a clue". So suspicious. Our brains started to wander with possibility. Then her Dad, casually, planted the seed...

"It couldn't be, but it almost seems like this thing I heard about growing up. It's Leprochaun poop. The Leprochauns come into the chimney and scope out for young kids to help them on their mission to find a pot of gold..."

I don't really remember the rest of what he said, but I never forgot Leprochaun poop (because it was weird and kind of gross.) And that if we wrote the Leprochauns letters and left them something gold, they'd return to the house and leave gifts for us.

So we spent an hour or so crafting the perfect cards & scavenging the house for gold gifts for our elfy friends. The next morning, we awoke to even more Leproachaun poop in the fireplace, and two little boxes filled with goodies.

We were shocked, amazed, and delighted.

Even though all of our gifts had her Dad's business logo on them, and we were genuinly past an age where many kids would believe in that sort of thing, the magic of St. Patrick's Day took over and we were 100% believers.

The fun of that event never left me. I looked forward to St. Patrick's Day every year- even when I was at a point where I wasn't expecting to see any Leprochaun poop in the fireplace anymore.

The magic of the day- of believing that magic was possible, always stuck with me.

I think about that when I think about Camp programming. How can we create undeniable magic that kids can't help but get excited by. I train my staff to be MAGIC MAKERS. Instigators of AWESOME. To think in an innovative and creative way about how to push each moment a little further- to think outside the box in creating moments that will be unforgettable.

This summer, I know we have a cast of special characters that will be making guest appearances at Camp Wildfolk. And our Camp Slumber Parties (we have 2 optional overnights) will allow us to introduce campers to fairy houses and other awesome, magical traditions. And our Wildfolk Wizarding School is bound to push the limits of AMAZINGNESS!

I can't wait to see all the magical traditions that are created this summer at Camp Wildfolk. It's going to be epic.

Be YOU Out there,

Check back soon
Once posts are published, you’ll see them here.

Kid Tip Thursdays: Your anxiety is their anxiety

7 C's Saturdays: I Am Connected

7 C's Saturdays: I Am Community -Minded 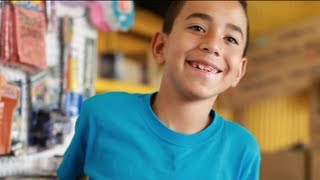